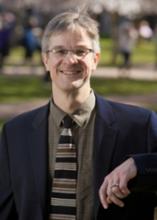 In autumn of 1994, the University of Washington Scandinavian Department, with support from the Center for Russian, East European and Central Asian Studies, began teaching the languages of the three Baltic States, Estonian, Latvian, and Lithuanian at multiple levels. Language instruction is at the core of the growing Program in Baltic Studies. This program is also developing in other areas. Estonian, Latvian, and Lithuanian materials are included in numerous courses. Prominent speakers on Baltic topics are regularly brought to the University for guest lectures and consultation with faculty and students. Outstanding students receive financial support for exchanges to Baltic universities.

During academic year 2018-19 we will be offering beginning level 5-credit Latvian, Lithuanian, and Estonian language classes. We will also offer beginning 3 credit Latvian, Lithuanian, and Estonian language courses. Interested parties who are not University of Washington students, can register and pay for these courses through the non-degree program.

Read more about the history of the UW Baltic Studies Program.

Requirements: 15 credits of 1st year Estonian/Latvian/Lithuanian and 20 credits of SCAND course work, including at least one Baltic Studies course (SCAND 344, 345, 454 or 455)

The Baltic Program Fund was established in December of 1994 to supplement the new program's budget. Fundraising is underway to build the Endowment for the Baltic Program, which will finance future Baltic course offerings and ensure a permanent program in Baltic Studies at the University of Washington.