Crossing North is a podcast about Nordic and Baltic society and culture. Episodes feature interviews with authors, performers, and leaders from Scandinavia and the Baltic, as well as discussions with faculty in the Scandinavian Studies Department and Baltic Studies Program. Crossing North is produced and hosted by Colin Gioia Connors.

Friends of the Scandinavian Languages and Literature Fund

Episode #19: Those Days Are Long Gone 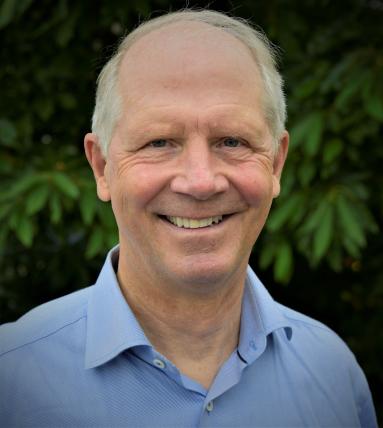 In this 2018 interview, former visiting lecturer of Danish Kristian Næsby speaks with affiliate instructor and retired U.S. diplomat Jay Bruns about his experience in Norway during and after the 9/11 attacks. Jay argues that effective diplomacy is built on deep cultural knowledge, clear communication, and empathy. Responses to terrorist attacks in the U.S. and in Norway reveal that the paths to security are many, and Jay advocates for one that stresses international partnership and cooperation. 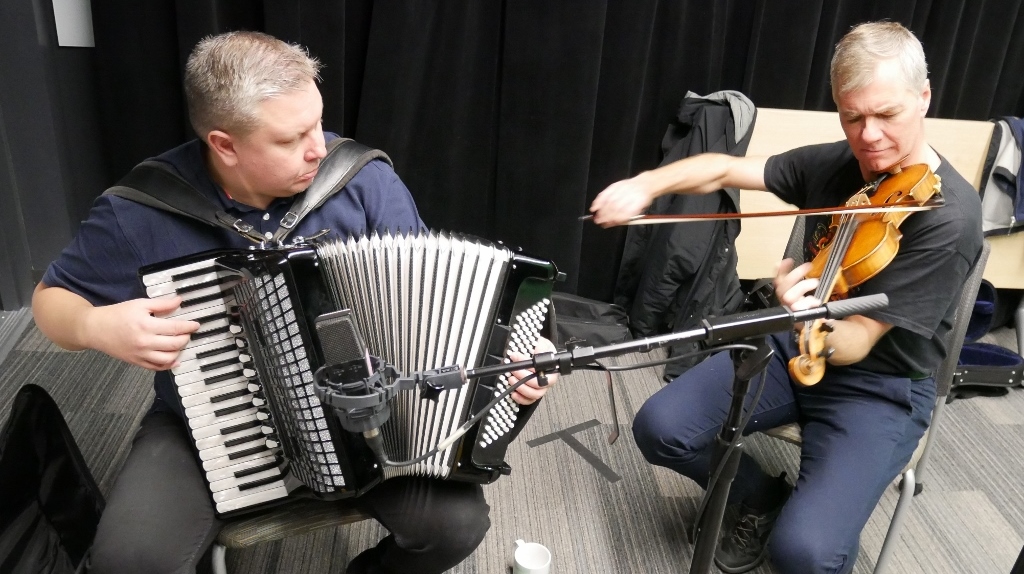 Accordionist Pasi Pasanen and fiddler Per-Thomas Eriksson discuss the joys of playing folk music from their home region of Värmland in Sweden and explain how traditional music circulates and evolves, how music helps us to overcome some of our worst inhibitions, and how music education helps children grow up to become healthy and happy adults. 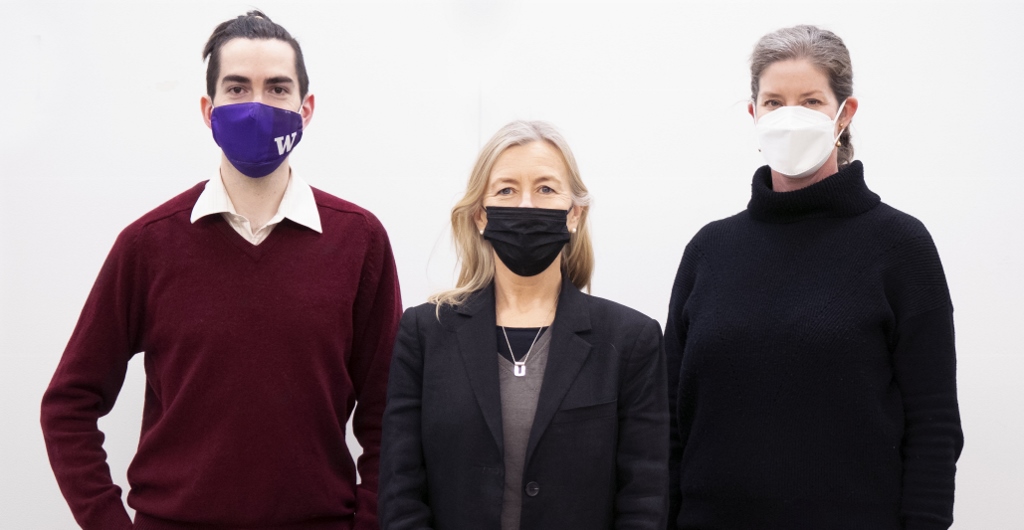 Crossing North · CN 17 A Box in the Attic

How will we be remembered when we’re gone? Swedish cultural attaché and former curator Helene Larsson Pousette discusses the importance of archiving our lives as a way to take control of what stories are told about us in the future. Whether you preserve your memories in an official archive or keep them in a box in the attic, Helene argues that archiving yourself is a form of activism that has the power not only to change how we see the past, but also how we see one another. Together with assistant professor Amanda Doxtater, we discuss how to think like an archivist. 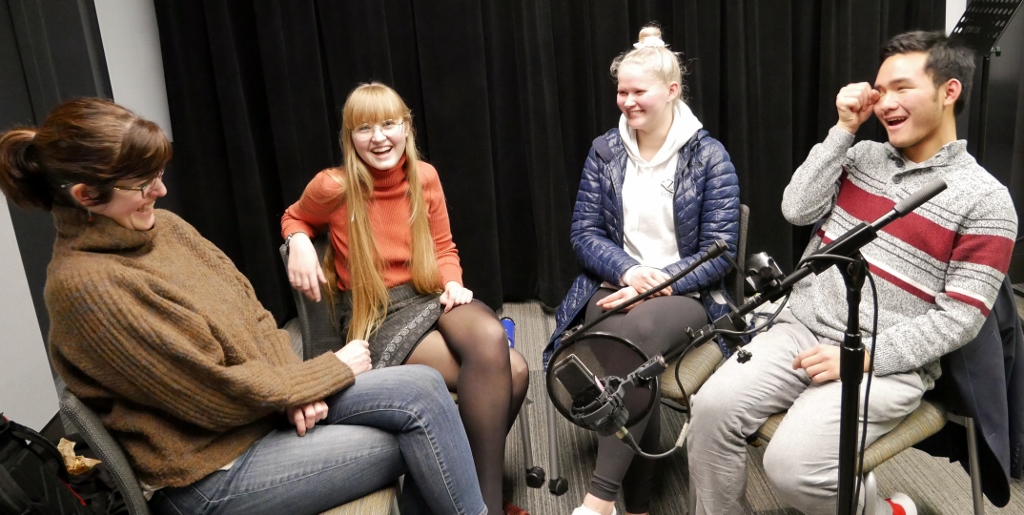 Why is Seattle the best place to learn Scandinavian folk dance outside of Scandinavia? And what's it all about, anyway? UW assistant professor Amanda Doxtater interviews undergraduate students Blue Palmer, Fanny Mestä-Tokila, and Bill Cheung-Daihe about how a dance course with the Skandia Folkdance Society gave them a new way to connect with their studies, make new friends, and have good fun.

Episode #15: In a World That's Ever-Changing 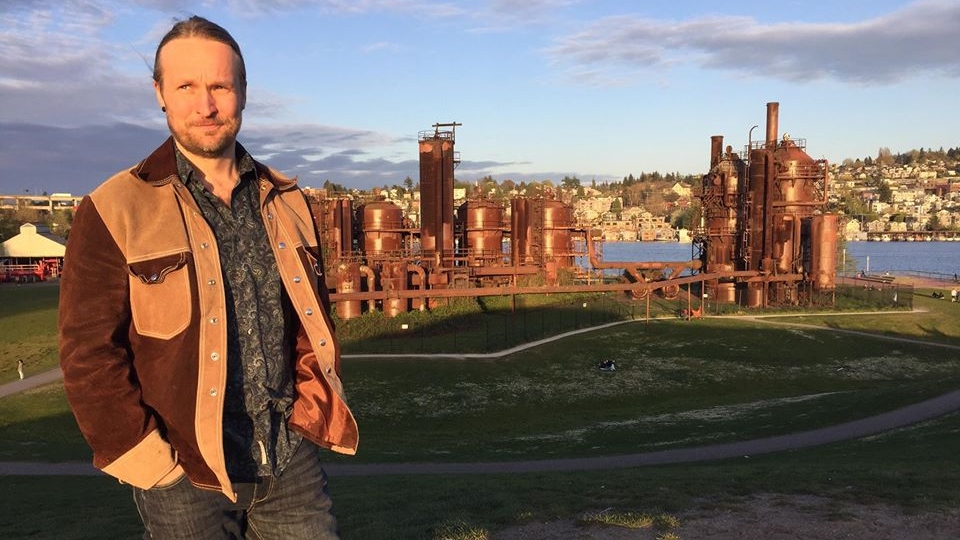 The coronavirus pandemic has many people worried about the future. Many people are eager for things to return to normal, but others are just as eager to take this crisis as an opportunity to reimagine and reshape what our idea of “normal” means. If you could rebuild your world right now, what kind of world would you build? Postdoctoral research fellow Toni Lahtinen discusses recent trends in Finnish eco-dystopian literature, and the role literature plays in exploring our anxieties about the future as well as our guilt about the past and present. 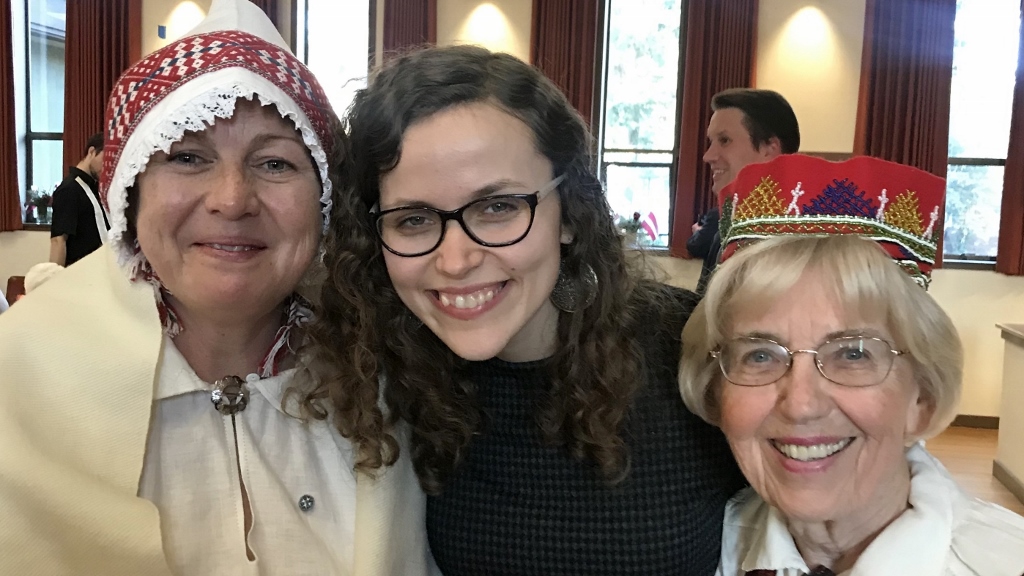 When author Nora Ikstena published her novel Soviet Milk in 2015, it became so popular that libraries had to create a special 24-hour loan policy for the book. Why was this novel about life in Soviet-occupied Latvia so popular? I discuss the novel with author Nora Ikstena and assistant professor Liina-Ly Roos.

How is global warming affecting Greenlanders and what responsibilities do climate-scientists have to the peoples of the Arctic? UW seniors Lela Cooper and Katie Hearther discuss how a course in Greenland about climate change inspired them to study new languages and integrate the humanities into the sciences they love.

Why did so many African-Americans go to Denmark in the 20th century and what were their experiences while there? Professor Ethelene Whitmire answers these questions while discussing her upcoming book, Searching for Utopia.

Episode #11: It's Illegal to Be Native

What happens when sustaining a Nordic way of life disrupts sustaining a Sámi way of life? Assistant Professor Tim Frandy discusses the history and future of Sámi fishing rights on the Deatnu River, as well as a few hard truths about the ethnocentrism of Western environmental management practices. 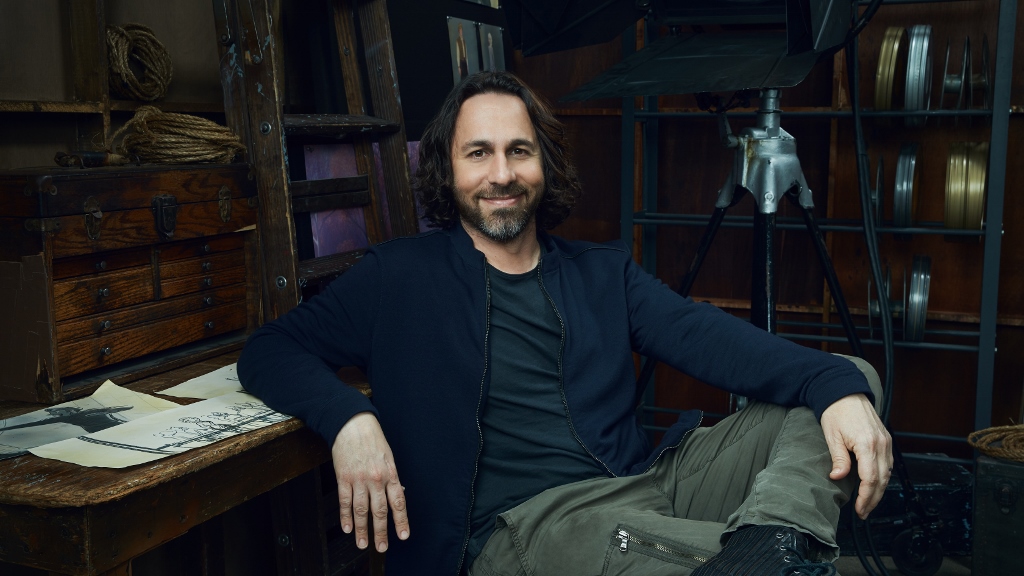 Director of Story Marc E. Smith discusses what it is like to work for Walt Disney Animation Studios and how a research trip to the Nordic countries inspired new artistic and thematic directions for the characters of Anna and Elsa in Frozen 2.

Sámi music legend Mari Boine discusses the origins of her musical career as an Indigenous woman in Norway.

Continuing our interview in Episode 7 about The Lord of the Rings with linguist Dr. Matt Boutilier, we consider more broadly how we imagine the past in medieval fantasy, and how those perceptions translate into racial typecasting in film.

Linguist and co-host of The Tolkien Heads podcast Dr. Matt Boutilier discusses the Nordic languages of Tolkien’s Middle Earth, and the kinds of linguistic stereotypes that manifest in The Lord of the Rings and Tolkien’s other writings.

In 2019, Assistant Professor Olivia Gunn was asked to redevelop a course on sexuality in Scandinavia. Kristian Næsby and I interview her about new directions in Swedish sex education and Norwegian public television for teens with "Skam" (2015-2017), which achieved an international following and in 2017 was the most talked about television show on Tumblr (aka the Internet) and arguably in the world. 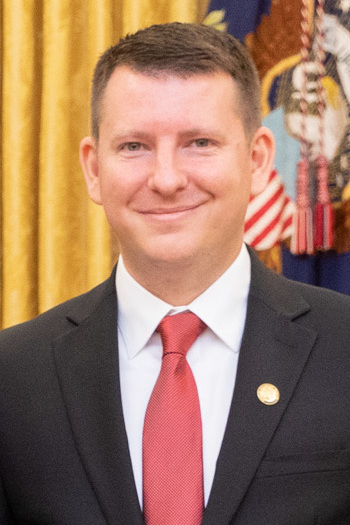 Russia's willingness to exploit national tensions in former Soviet-occupied states has caused the Baltic countries to revamp their national defense policies over the past decade. Estonian Ambassador to the United States, Jonatan Vseviov, explains Estonia's national defense policy and how their reserve army model works. 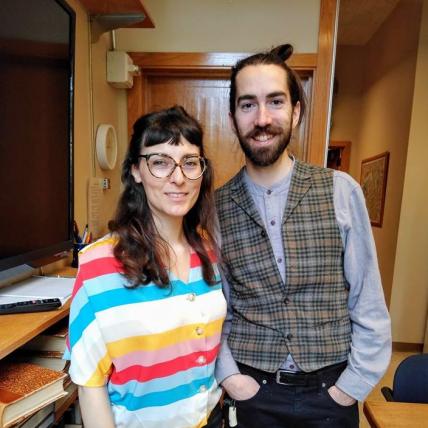 Saskia Vogel is an American writer and translator of contemporary Swedish literature. We discuss the intricacies of translation, the #metoo movement in Sweden, and her debut novel, "Permission." 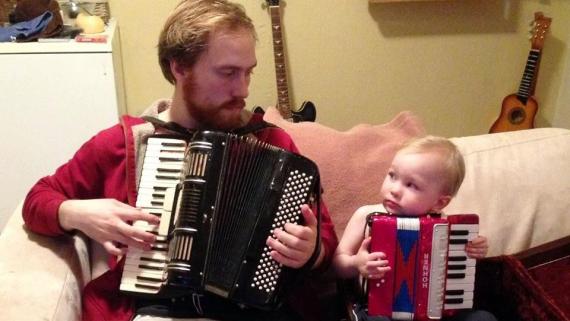 What does it mean to be a folk musician in a country with no folk instruments? Musician and folk music festival organizer Linus Orri Gunnarsson Cederborg discusses the mysteries of Icelandic folk music.

Episode #2: There's no PTA in Finland 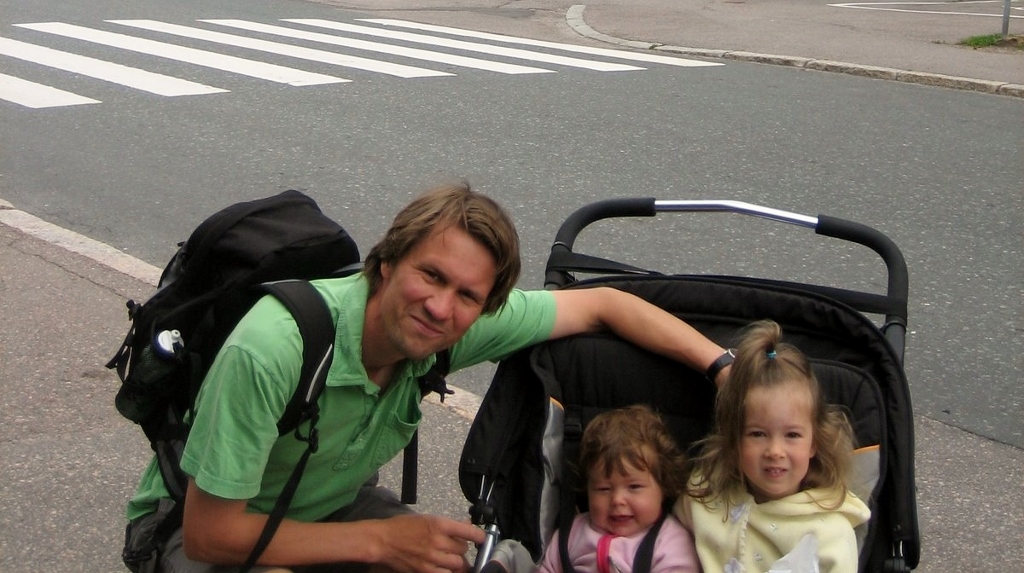 In 2008, Professor Andrew Nestingen went on sabbatical to Finland with his pregnant wife and two-year-old daughter. It wasn’t his first trip to Finland—but it was his first trip as a father. Kristian Næsby and I sit down with Andy to discuss what he learned from his culture shock about Nordic approaches to parenting and schooling.