Guntis Šmidchens Interview in The Daily 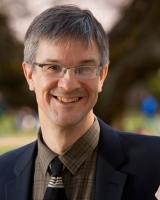 "They used songs as their weapons."

The Daily has recently interviewed Baltic Studies Professor, Guntis Šmidchens, about his new book The Power of Song. In the book Professor Šmidchens documents the Baltic nations' successful, nonviolent, resistance to the Soviet Union in the late 1980s and early 1990s. When the Soviet Union began to pressure the Baltic nations, their citizens responded by staging singing protests.“It takes bravery to take a gun and go into battle, but it takes even more bravery to stand against armies who are armed and not have any weapons," says Šmidchens. You can read the rest of the interview by accessing it on The Daily website, here.

To read another article on the book and to hear Prof. Šmidchens speak about the revolution, follow the links below.