The University of Washington's Norwegian Club took part in the parade and celebrations in Ballard as part of the 200th Syttende Mai, the anniversary of the signing of the Norwegian constitution. 25 members of the club, including Assistant Professor Kyle Korynta and graduate student Heather Short, joined Seattle's Norwegian community to commemorate the historic event. Students sang "Ja, vi elsker" (Norway's national anthem) and other patriotic songs, including one composed recently to celebrate the bicentennial. Along with celebrating a historic day for Norway, the festivities in Ballard also marked the 125th anniversary of Syttende Mai celebrations in Seattle. 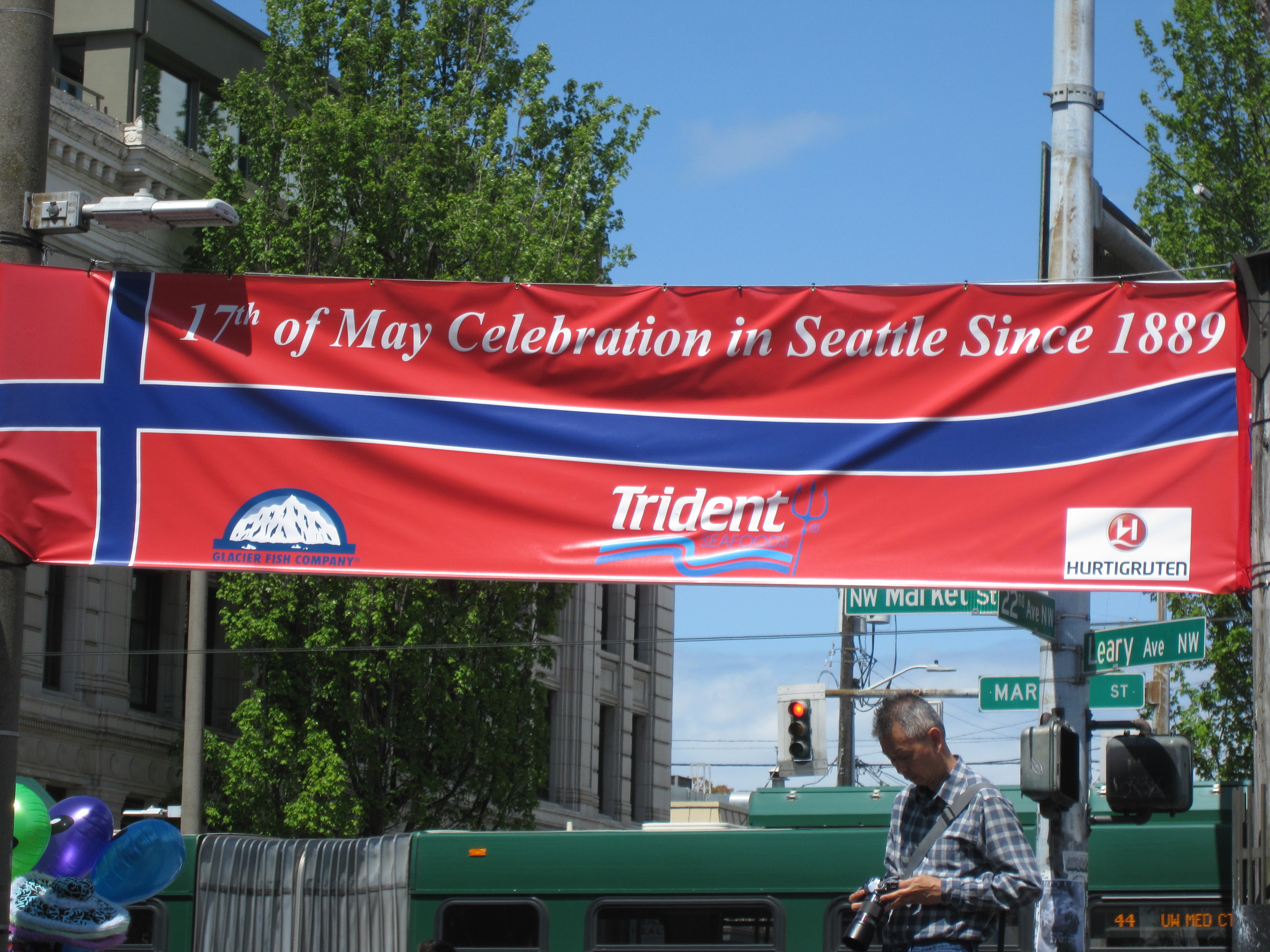 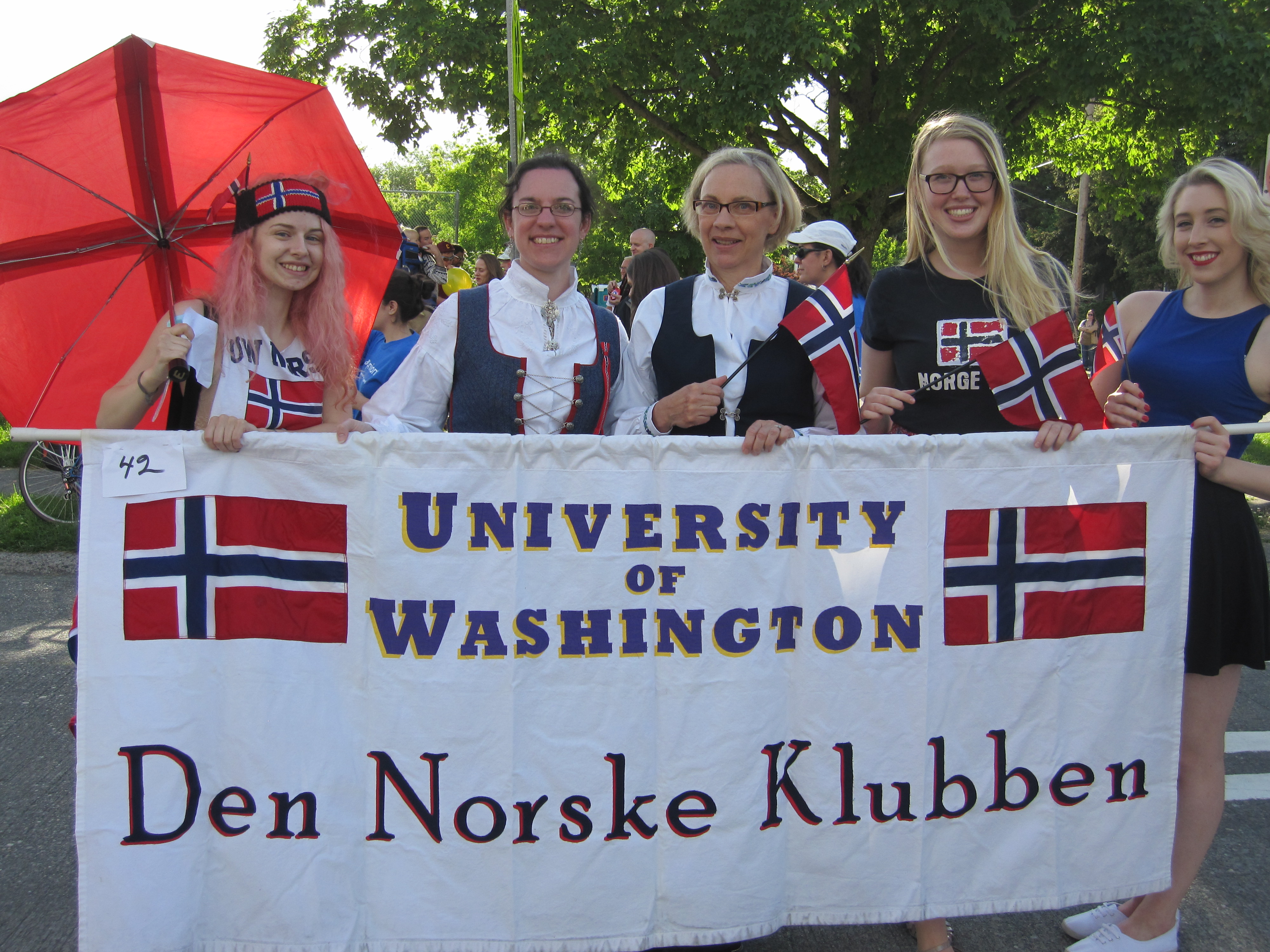 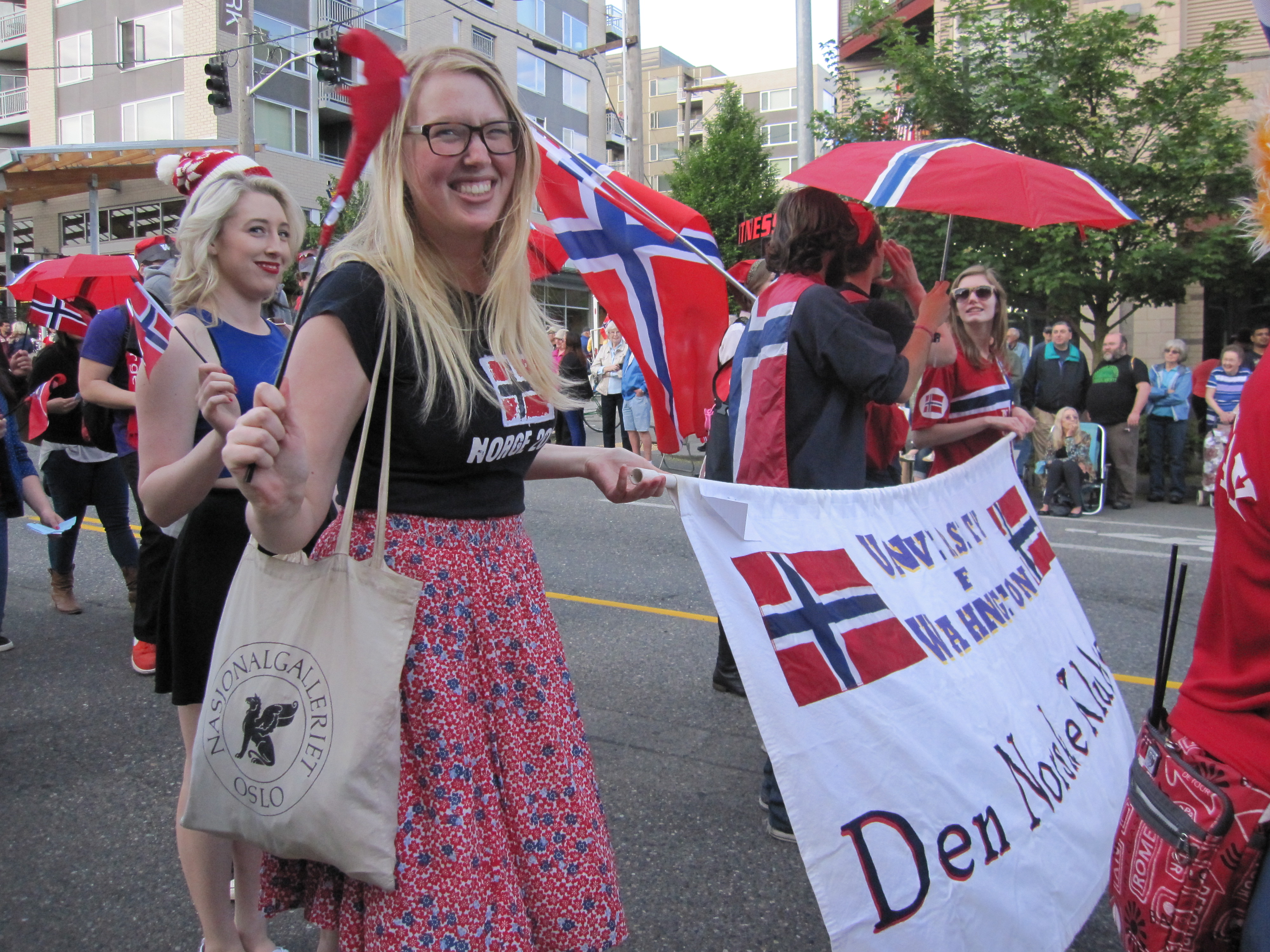 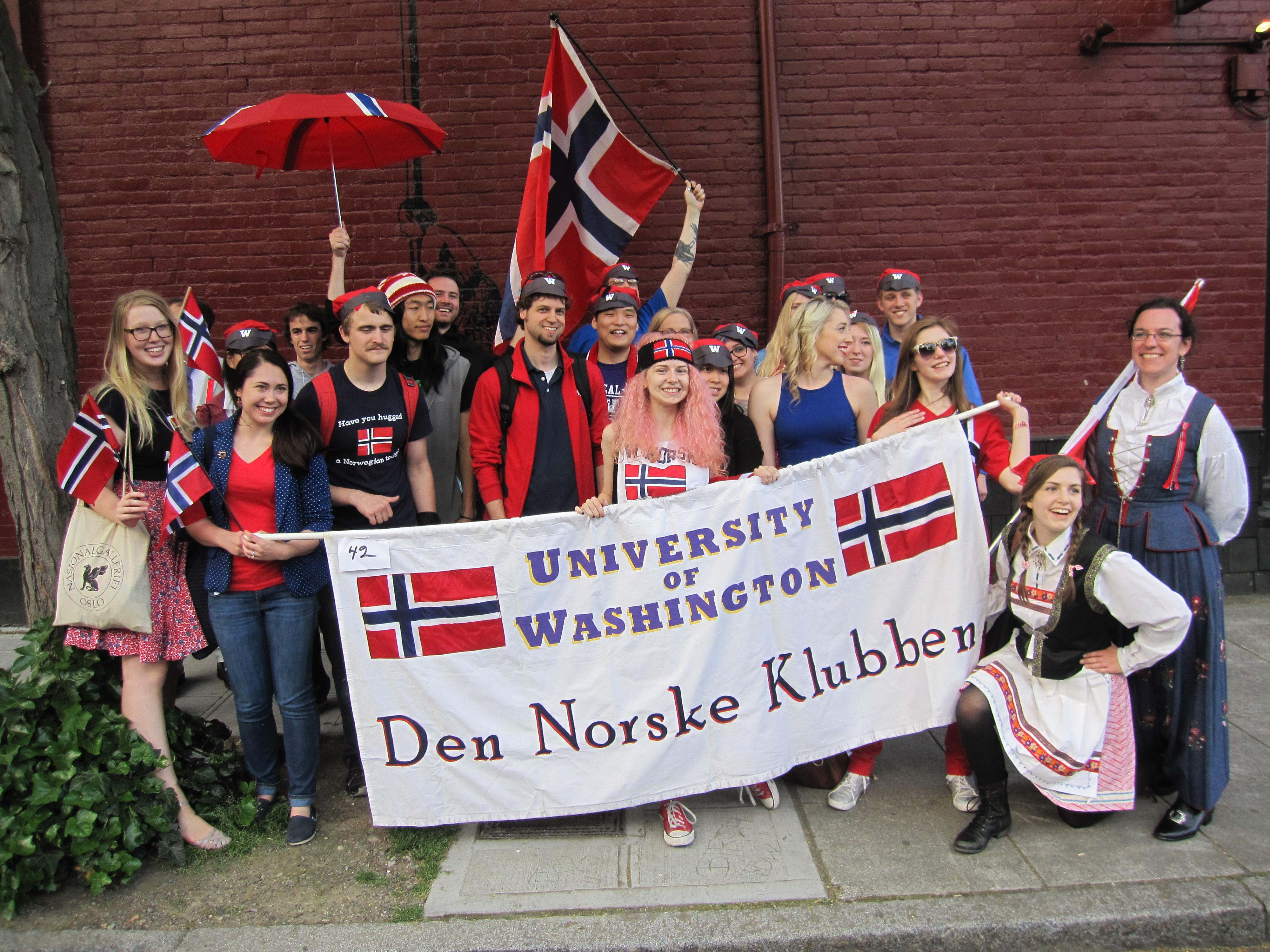