Since graduation Beth Meberg has been working primarily in the film and television industry. Currently, Beth an Associate Producer on the Travel Channel original series "Expedition Unknown". Previously she worked on A&E’s Emmy-nominated “Hoarders” and various narrative and commercial projects. Her passions for Scandinavian Studies and Norwegian language have carried over in interesting ways. From finding fellow Norsk speakers to connecting with alum from the University of Oslo ISS program to contributing knowledge about Scandinavian culture and history to the creative process, her time spent in the undergrad program has proved priceless. Beth is forever grateful for the Scandinavian Studies department's commitment to their students and for fostering a life-long love of the culture and languages.

Ryan Kristiansen (Scandinavian Studies and Geography 2003) has lived and worked in Europe for 10 years and considers his education at the University of Washington as fundamental to his personal and professional success.

After a six-month internship with the City of Kent, Washington, he moved to the United Kingdom, working as a Minerals and Waste Planning officer with Powys County Council.  There he was active in the improvement and rationalization of the IT system in use within the local authority. An exciting opportunity within Planning Enforcement brought him to London, before eventually working with CEMEX UK mapping out future uses for their  vast estate across England.

A desire to challenge himself further and to expand his career opportunities led to his taking a Master's of Science in Hydrography at Plymouth University. This demanding course paved the way to a role as a Field Surveyor with Fugro Survey's Bergen, Norway office.

Ryan moved to Oslo in April 2012 and considers himself very fortunate to be living and working in Norway. "The Norwegian economy is booming, but finding a job as a foreigner in Norway is never easy. Having the cultural, and most importantly, the language education that I gained from my Scandinavian Studies degree from the University of Washington was instrumental to being hired." he says.

Kim Kraft's degree in Scandinavian Language and Literature helped her land a job in the field of international education. She has been hired at Edmonds Community College as the Program Advisor to the Northwest Community College Initiative (NWCCI). She is responsible for ensuring the overall success of international students by assisting them with academic and cultural issues. NWCCI is a U.S. State Department program that offers educational opportunities, professional development and exposure to American society to underrepresented students from countries who lack access to the kind of training and education a community college provides.

Melissa graduated (with color, delight, and as much pomp as she could muster) with a PhD in Scandinavian Studies this past June. Her dissertation examined cutting-edge literature (called e-literature (e-lit), or digital literature) which is designed using computer capabilities and is not meant to be read in print. Such literary works include aspects that are not possible with printed texts, such as animation, auditory componants, hypertextual linking, and real-time incorporation of reader-input. Melissa’s dissertation, entitled “Digital Literary Arts - Scandinavian E-Texts: Criticism, Theory, and Practice” turns the spotlight on works of e-lit produced in Scandinavia. Melissa is currently teachng Danish for the Scandinavian Language Institute once a week and recently gave a talk at Bellevue College on Iceland. She continues looking for job opportunities in the Seattle area and abroad. 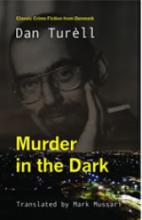 Mark Mussari's recent translation has been positively reviewed in Berlingske, a national newspaper in Denmark. In the piece, which can be accessed in the original Danish here, Mussari describes how Dan Turèll’s book, Murder in the Dark, helped to start the recent trend of "Nordic Noir."
The author also recently participated in an Q&A hosted by University College London where he discussed his translation of Murder in the Dark. To watch the Q&A and learn more about the translation process and the resulting book, follow the links below.
YouTube video
Norvik Press Book Detail
People Involved:
Kim Kraft
News Category:
Share
PrintPDF