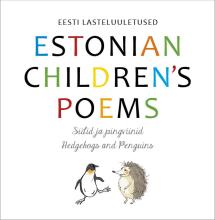 Mall Pesti is a renowned specialist on Estonian as a foreign language pedagody. She has co-authored the popular Estonian language textbooks E nagu Eesti and T nagu Tallinn in addition to the Estonian literature reader L nagu lugemik. She earned her MA in Applied Linguistics at Tallinn University in 2002 and in Baltic Studies at UW in 2006. She currently teaches an online Estonian course at Tallinn University and continues writing textbooks. She has also conducted multiple teacher training seminars for teachers of Estonian in Europe and Australia.