Libraries Can Ruin Your Life 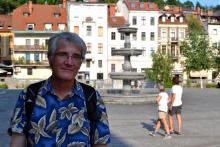 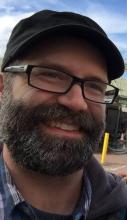 Books can ruin your life. They can save it. They can change it. When you read a book, the thoughts that follow can transform your view of the world. A library is filled with millennia of such transformative words, sentences, ideas and thoughts.

The UW Libraries have some 150,000 volumes of Scandinavian and Baltic material on the shelves. The department is privileged to have Baltic (and Slavic) librarian Michael Biggins and Nordic Studies librarian Dan Mandeville working to maintain and continually build the collection of Nordic and Baltic materials. Yet, Michael and Dan not only work with the collection, they are also readers (and translators) of it. We asked them, “What is the best book you read in 2016-17 and why?”

This may seem like cheating, but I honestly have to say that the best book I read this past year was one I was translating from Slovenian, Lojze Kovačič’s Newcomers, Book Two.  I’d read Books 1-3 years ago, and I translated Book One for publication last year.  But in my experience the very best literature doesn’t fully reveal itself until you reread it – even though the first time through you may sense that it’s exceptional, you don’t yet necessarily grasp why.  I find that translating a text I admire is like applying a really high-resolution microscope to it – unlike weak writing, which crumbles in that process, great writing opens up to reveal much more of its complexity, elegance and insight than you noticed the first time around, which is a twofold delight for the translator:  first as you reread, then as you try your best to do all of that brilliance justice in English.

Newcomers takes place from 1938 to 1948, the absolute worst consecutive ten years in Europe’s history.  Because they never bothered to take Swiss citizenship, the stateless Kovačič family are expelled from Switzerland to the Slovenian-speaking north of Yugoslavia, where the father was born when it was still part of the Austro-Hungarian Empire.  Their life there is seen through the eyes of young Lojze, who depicts rural hardships, near-starvation in the big city, the cruelty of the locals toward outsiders, foreign invasion and life in successive police states; but also love, beauty, friendship and the search for a way to depict all of it in art.  While Book One (covering 1938-1941) can seem like a welter of scraps of vividly recalled experience, in Book Two (1941-1945) the elements of a unifying design begin to appear, but it's up to the reader to recognize them as such and put them together.  Once you do that, you see that Books 1-3 are all of a piece.  That sounds abstruse, I know, but it's not – I just don't want to give the game away.  Despite all the pain it depicts, this book is a joy.

I have two kids under the age of four at home, so I have mostly been reading children’s books the last few years. My current favorite is Astrid Lindgren’s Ronia the Robber’s Daughter, translated into English from the original Swedish Ronja Rövardotter. The main character is an independent, adventurous little girl who is a great role model to my three-year-old daughter. The storyline is entertaining for both adults and young children--even without illustrations!