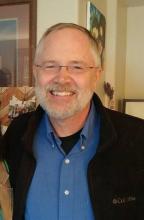 Arne is currently an Associate Professor in the Scandinavian Section at UCLA and is affiliate faculty in the Cinema and Media Studies program. He grew up in Ballard and is of Norwegian-American heritage but did not learn the language until he began taking Norwegian classes in the Scandinavian Studies Department as an undergraduate. While not a major, he found the department to be friendly and outgoing (especially inside a big university) and he joined in a number of Scandinavian Department events, hikes, fests, etc. After completing his B.A. degrees in English and History at UW, Arne worked in different fields while taking a number of summer trips to Scandinavia to absorb the languages and cultures. In the mid-1990s, UW Professor Terje Leiren encouraged him to attend the Society for the Advancement of Scandinavian Studies conference at WSU and to pursue his goal of graduate studies in Scandinavian. This led to a year abroad at the University of Oslo to focus on Norwegian language, literature, and film history, after which Arne began the Masters program in the Scandinavian Studies Department at UW. He wrote his Masters thesis there on the films of the first important Norwegian filmmaker of the 1930s and 40s, Tancred Ibsen (Henrik’s grandson). He found the program intensive, exciting, and a wonderful grounding for his future Ph.D. studies at UC Berkeley. He remains “indebted to the Scandinavian Studies Department, especially for the outstanding professors and grad student colleagues I met there.” At UCLA, Arne teaches Scandinavian literature of the Modern Breakthrough and a range of courses on Nordic film and media histories and cultures. The University of Washington Press published his first book Nordic Exposures: Scandinavian Identities in Classical Hollywood Cinema in 2010. His writings have appeared in a number of edited volumes and journals within Scandinavian studies and film/media studies. Arne has recently co-edited with Anna Westerstahl Stenport of Georgia Tech Nordic Film Cultures and Cinemas of Elsewhere (forthcoming in 2019, Edinburgh University Press). He is also working on a book manuscript titled Early Bergman as Auteur inside the Swedish Studio System, 1944-1960.