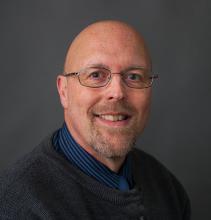 After teaching biology at Edmonds Community College for twenty years, Eric is currently an instructional designer, the co-host of the Scandinavian Hour radio show with Doug Warne, and a contributing writer to the Norwegian American newspaper. Eric remembers his time in the Scandinavian Studies Department fondly, from the friends he made to the community created in the department. He felt the courses he took helped him to make sense of Norway. Many classes stood out for Eric, such as Terje Leiren’s Norwegian Literature class where they read a classic western, and Jan Sjåvik’s Norwegian language class where they discussed everything related to life, society, and culture. Eric recalls learning more about life than Norwegian in that particular class. Eric’s experience at UW “launched a lifelong interest” in Norway and Scandinavia. His familiarity with Norwegian and his knowledge of Scandinavia have helped him in his role as co-host of the Scandinavian Hour. He has been writing book reviews and articles for the Norwegian American for two years, and recently wrote a two-part feature story “Is farmed salmon safe and healthy?” and “Is salmon farming safe for the environment?” which made links between salmon farming in Norway and the U.S., and linked Eric’s interests in biology and Scandinavia. Eric remains active in the Scandinavian community in the Seattle area, volunteering his time at many events.