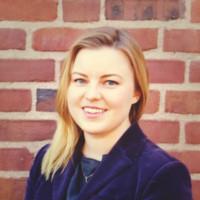 Kirsten works as a Planner with the City of Bothell Department of Community Development. She has always been interested in community development and urban development, and during her study abroad at Linköping University in Sweden she noted the little day to day lifestyle differences between the U.S. and Sweden, from how garbage is collected to how the bus system is run and people get around, to land use and community growth. Learning about and experiencing Scandinavian culture first-hand informed the way Kirsten thinks about community and urban development in her job. After graduation, Kirsten lived in San Francisco and joined a planning non-profit out of interest and only then did she realize that this was something that she was interested in pursuing professionally, so she applied to and completed a Masters in Planning at USC in 2018. Completing a Masters in Planning in the Los Angeles area was an interesting experience, as LA is often used as a lesson in what not to do when it comes to city planning, but current attempts at change in LA are also impressive. The two highlights for Kirsten about her time in the Scandinavian Studies Department are the financial support available for her study abroad, which was invaluable, and being able to sit next to Victoria, Crown Princess of Sweden, at a luncheon held by the department after winning an essay contest in order to do so.