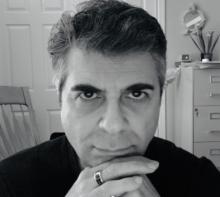 Mark has been working as a translator, freelance writer and independent scholar since finishing his Ph.D. in 1999. His interest in design was what sparked his initial interest in Danish culture and all things Scandinavian. His Ph.D. dissertation, supervised by Marianne Stecher, was entitled Farvens Klang: Color Spaces in Strindberg, Branner, Dinesen, and Bjørneboe. He recently published a scholarly book on Danish modern design, titled Danish Modern: Between Art and Design (2016, Bloomsbury Academic). He is also the author of a book on Danish immigration, The Danish Americans, in the Peoples of North America Series (1988, Chelsea House Publishers). In his translation work, Mark translates mostly from Danish to English and finds the “broader knowledge of Nordic and Danish culture and languages” that he gained in the Scandinavian Studies Department helpful in his work. When thinking back to his time at UW, Mark says he loved the department, found it very supportive, and still thinks that UW is one of the most beautiful campuses.