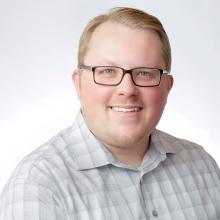 Nicholas currently works as a systems analyst at an engineering consulting firm in the transportation sector in Seattle. His undergraduate thesis in the Scandinavian Studies Department focused on immigrant communities in Sweden, and his current work focuses on many of those same issues, such as the political and cultural dimensions of immigration patterns and human settlement. The degree of cultural sensitivity gained by studying other cultures in the Scandinavian Studies Department has helped Nicholas in his work with transit agencies and the communities they serve. Nicholas also experienced immigration first hand when he lived in Stockholm for two years while completing a Masters degree. He was an immigrant of Swedish heritage and saw how many of his friends, who were international students of color, were treated in Sweden. During this time he also drew upon his undergraduate experience in the Scandinavian Studies Department, regarding what he learned about community and cultural sensitivity. He recalls his time in the Scandinavian Studies Department as providing the chance to reconnect with his heritage and his family back in Sweden. He also felt challenged and supported by the faculty in the department to do more, which was a turning point in his studies. The academic success he gained in the department, helped in part by the faculty and the topics they engaged in, provided a springboard to do a Masters degree and to have the career he has today. Currently Nicholas is looking for a project at his company that would allow him to travel back and forth to their office in Stockholm.