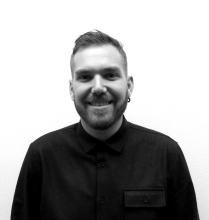 Christopher currently works as an architect at Arkkitehtitoimisto ALA, working on the Espoonlahti Metro Station for the Länsimetro expansion project in Helsinki. After completing his undergraduate degree in the Scandinavian Studies Department with a double major in Finnish and Scandinavian Area Studies, he went on to complete a Masters of Architecture from UW in 2017. In his Masters, he earned the Valle Scholarship for studies and research in the Nordic and Baltic states. The scholarship allowed him to conduct research in lighting design in Finland in 2016, resulting in a book titled A Guide to Nordic Light - Case Studies Across the Region. His Masters thesis was obviously influenced by his Finnish studies, as he focused on creating a cultural commons for the Finnish community in Seattle. His Finnish language studies were a major contributing factor to landing his current job, as all business, documents, and drawings are conducted in Finnish. Fluency in Finnish has helped Christopher to integrate into daily life in Finland, and a focus on Nordic design identity has also facilitated a more seamless professional integration.