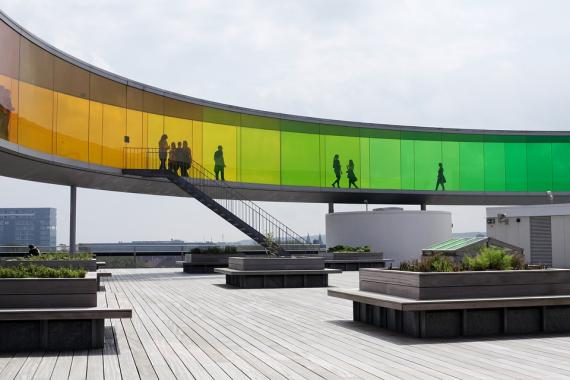 The city of Aarhus, originally founded by the Vikings in the 8th century, has grown to be Denmark's second largest city with a population of more than 300,000. It has all the advantages and resources of a big city while keeping to a manageable size, and consequently everything in Aarhus is within biking distance. Aarhus is also Denmark's youngest city in terms of the average age of its inhabitants. This is clearly evident along the canal in the city center, where the student population frequents the many cafés and restaurants packed tightly along the canal. Residents also enjoy the many outdoor opportunities the city has to offer including several city parks, beautiful beaches and tranquil forests. The University of Aarhus is the second-largest university in Denmark with approximately 35,000 students and is ranked among the top 100 universities in the world.