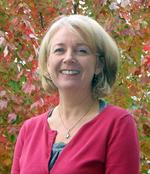 Marianne Stecher-Hansen, Associate Professor of Danish and Scandinavian literature and culture, has been appointed to be Scan|Design Foundation Term Professor in Danish Studies.

A popular teacher and leading scholar of Danish studies and Scandinavian literature in cultural, historical and political contexts, Stecher-Hansen is the author of a critical study on the documentary works of Thorkild Hansen. In addition, she has edited two major volumes in the Dictionary of Literary Biography series: Danish Writers from the Reformation to Decadence, 1550-1900 and Twentieth Century Danish Writers.

Stecher-Hansen’s appointment to the Scan|Design Foundation Term Professorship represents a continuing commitment to the Department of Scandinavian Studies and the University of Washington by the Scan|Design by Inger & Jens Bruun Foundation as well as a significant strengthening of the cooperation and interchange of scholars, programs and ideas between the United States and Denmark in many critical areas. Stecher-Hansen helped to establish and currently directs the highly successful Scan|Design Fellowship Program and is also the director of the Copenhagen Classroom which she coordinates on site with Jan Krogh Nielsen.