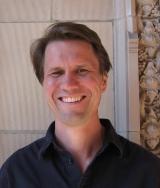 With the Nordic Lights Film Festival beginning next week, the Seattle Times interviewed Scandinavian Studies professor and film scholar, Andrew Nestingen about why films from the Nordic countries have such appeal here in Washington. "The political orientation of the Northwest is exceptional in the United States, but it’s more of a fit with the (liberal) nature of Scandinavian politics,” says Andrew Nestingen, “The perspective of these films is interesting and challenging, but also aesthetically and culturally familiar to a local audience.” You can read more about the upcoming festival, which runs from January 17 - 19, and what films Prof. Nestingen recommends seeing, by reading the rest of Seattle Times interview, here. You can also find out more about the festival and how to get tickets by following the links below.