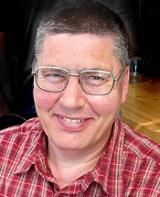 A specialist in Norwegian literature and literary theory, Sjåvik helped introduce deconstruction criticism to Norway with a ground-breaking article published in Norway’s premier literary publication, Edda, in 1985. Additionally, has published extensively in North America where he was fascinated by the authorial rhetorical techniques of such authors as Knut Hamsun, Arne Garborg, Ole Rølvaag, and Henrik Ibsen, among others. His second book, Reading for the Truth: Rhetorical Constructions in Norwegian Fiction, focuses on the role of rhetoric and irony in achieving meaning through an intersubjective approach to literature.

A productive and imaginative scholar, Sjåvik was also a challenging and supportive teacher and mentor. He served as dissertation advisor for ten (10) students, seven of whom would go on to faculty appointments where they have built their own successful scholarly careers.

His colleagues and students in the Department of Scandinavian Studies congratulate Professor Sjåvik for his exceptional contributions to the field of Norwegian and Scandinavian studies and thank him for his thirty-six years of service to the University of Washington. Our sincere best wishes as he begins a new phase of his life under the guise of retirement.