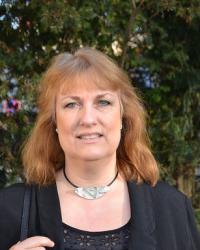 I am a Professor in Film Studies, Lund University, Sweden. My research embraces questions about film and national and cultural identity, representation, ideology and transnationality, as well as on different aspects of film music. My teaching covers most areas in the discipline, preferably film history, film analysis and theory, as well as I am supervising postgraduates and doctoral students. I am a member in a number of organizations such as SCMS, SASS, SAAS and NECS, and I am part of the editorial board for the journal "Music and the Moving Image" (Illinois University Press).

For the moment I research mainly two areas. The first one is named “Sweden, ‘swedishness’ and the images of Sweden in a transnational perspective”. This project explores how the image of Sweden is constructed in film cultures of different kinds, for example in Swedish promotional films aimed at embassies and cultural centers, and in films from other countries in which Sweden, or Swedish culture, is somehow thematized. It also analyzes the reception of the Swedish film in the U.S. in cross-cultural comparisons with the Swedish reception.

The second one, “Film music narration and laboratory experimental methods”, explores the possibilities of using laboratory equipment to measure if and how the understanding of a film narrative is affected by sound and music. Eye-tracking measurements are employed to see whether, and in which ways, attention changes when different sound environments are applicated to the same scenes. The project is thus primarly methodological.

Recently I published a monograph in Swedish about the cinematic representation of the Swedish-Americans and the emigration to USA, published in English autumn 2014 (Welcome Home Mr Swanson. Swedish Emigrants and Swedishness in Film). Among other publications can be mentioned  the dissertation En afton på Röda Kvarn. Svensk stumfilm som musikdrama (1998, An Evening at Röda Kvarn. Swedish Silent Film as Music Drama). As editor I have together with Professor Erik Hedling published , Solskenslandet. Svensk film på 2000-talet (2006,The Sunshine Country. Swedish Film in the 21st Century). A second anthology was published in spring 2014, with the title Den nya svenska filmen: kultur, kriminalitet, kakofoni (New Swedish Cinema: Culture, Criminality, Cacophony).Other publications include articles on Swedish film and national and cultural identity, ideology and transnationality, as well as on different aspects of film music.

In the autumn quarter 2014 I teach the course "Cinema, Migration and the Making of 'the Other' in Modern Sweden" (Scand 490/590) together with Hans Wallengren.