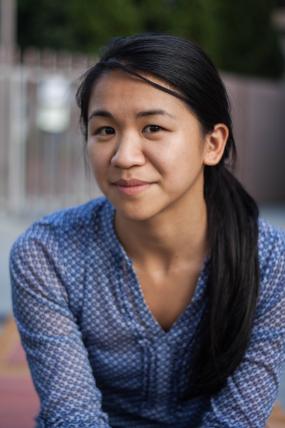 Guilt and Privilege in Twenty-First-Century Scandinavian Film and TV

Julianne Q. M. Yang is a second-year PhD fellow from The University of Oslo doing research on contemporary Scandinavian cinema and TV. From January to March 2016, she is a Fulbright visiting graduate researcher at the Scandinavian Studies Department, where she will be working with Andrew Nestingen, among others.

Yang's PhD research explores themes of guilt and privilege in twenty-first-century Scandinavian film and TV. It concentrates especially on narratives about citizens from the global North who experience guilt and/or a sense of responsibility to help when confronted with suffering and injustice elsewhere. Typically, that “elsewhere” pertains to countries in the Global South or to occurrences/events in the historical past, in which the victims’ lives are shaped by war, poverty, or capitalist exploitation. Yang's work asks how these films and TV shows reflect and construct privilege in contemporary Scandinavia, the region’s position in the world, and the role that guilt, privilege, and responsibility play in these stories. While the research takes up a range of examples, its specific focus is three fictional films and one reality TV show from the 2000s: Roy Andersson’s A Pigeon Sat on a Branch Reflecting on Existence (2014), Susanne Bier’s In a Better World (2010), Erik Poppe’s 1,000 Times Good Night (2013), and the web-TV series Sweatshop – Deadly Fashion (2014), produced by Aftenposten-TV.

Born and raised in Norway, Yang holds a BA and MPhil from the Department of Comparative Literature at The University of Hong Kong, where she wrote her MPhil dissertation on Swedish director Roy Andersson, and worked as a teaching assistant for four years. Her current PhD project is part of an international, multidisciplinary research initiative launched at the University of Oslo, “Scandinavian Post-1989 Narratives of Guilt and Privilege: Men at War, Global Women and Sacrificed Children” (or “ScanGuilt” for short), directed by Professor Elisabeth Oxfeldt (U. Oslo).