What are you excited about doing in 2017-2018? Faculty Activities 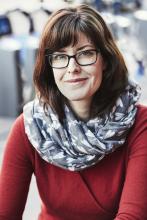 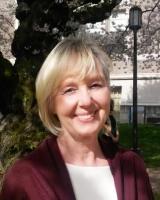 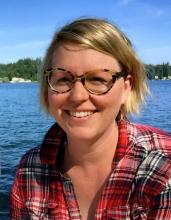 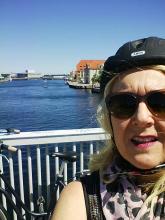 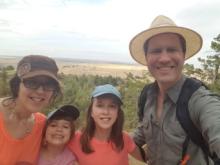 We asked our faculty, “What are you excited about doing in 2017-18?” Our faculty are publishing books, conducting original research, teaching new courses, and serving as leaders at the UW and in Scandinavian and Baltic studies. We are so proud of all they have accomplished, and look forward to learning from them during the next year!

Excited doesn’t even begin to describe how I feel about starting as Assistant Professor of Scandinavian and Pro-Tem Barbro Osher Chair in Swedish Studies at the University of Washington. After five years at the University of Oregon in the Department of German and Scandinavian, II will be “returning from the dark side,” as my cousin and fellow Husky put it. I am thrilled to join my new colleagues to help ensure that Scandinavian Studies continues to be a vibrant, active force at the university and in the greater Seattle community as well. 2018 will commemorate the centennial of Ingmar Bergman’s birth, and I am excited to collaborate with colleagues at the Nordic Heritage Museum and the Nordic Lights Film festival to celebrate his momentous contributions to art cinema and the theater. In terms of my current research projects, this year will see my translation of Swedish author Karin Boye’s canonical, 1934 novel Kris/Crisis—a project near and dear to me—published at Norvik Press in the UK. I will also be contributing an essay to Marianne T. Stecher’s collection, Nordic War Stories, where I explore one of Boye’s relatively unknown travel journals from 1938, in which she documents a continent on the brink of war. This fall, I look forward to meeting the newest group of potential Scandinavian majors in Introduction to Swedish Language and Literature, a new undergraduate course for me. And I’m positively delighted to be working with graduate students in the department this year as the coordinator for TAs teaching language courses. Last but not least, I will continue to serve as president of ASTRA, the Association of Swedish Teachers and Researchers of North America. Our annual symposium, held this year at Sweden House in Washington, D.C., will focus on Selma Lagerlöf’s life and work. I can’t wait!

After an inspiring and revitalizing time in Sweden this summer, I am eager to start teaching again and to meet our wonderful students.

In Sweden I was particularly impressed by Birgitta Notlöf whom I met at Livstycket, an organization she established in 1992 in the Tensta suburb north of Stockholm. (She freely translates Livstycket as “A Piece of Life” rather than the pragmatic “Bodice”). Her vision then was a place for immigrant women to come out of isolation and learn Swedish while doing crafts in a, for them, culturally accepted environment.  Today Notlöf describes the facility as a “Knowledge and Design Center” and she has been lauded internationally for her work.

At an adjacent suburb, the famous Rinkeby, I was excited to see the center that Lars Jonsson, our Swedish Consul, and his wife Laurie McDonald Jonsson are building there after McDonald Jonsson learned about Livstycket and the plight of many immigrant women in one of our Swedish courses.  They are now constructing a number of beautiful apartment buildings that will also include facilities for educational and work opportunities for young women, an articulated priority in the community.  At this project, called Terrassen, I was struck by all the sophisticated building and landscaping details that show a respect for the community rarely seen in other multicultural suburbs.  What a treat to see Seattleites impact a Swedish community!

With these renewed intercultural suburban experiences, other research opportunities and eye opening new literature, I returned to Seattle full of ideas for my classes this next year. However, in my creative mood, I kept forgetting that I will retire at the end of Winter Quarter!  While I love teaching, the students and our Scandinavian Department, I decided last spring that it’s time.  I will end my nearly 30 years at the department teaching my “sex class” and Swedish and help a new undergraduate advisor get situated.

I know it will be a very exciting new academic year for my colleagues and I will do my uttermost to ensure that our reputation as a stellar Scandinavian and Baltic language institution, while by no means forgetting our other disciplines, will hold up against the new strong trends in the academe of less and less language in favor of the sciences.

I am thrilled to be a fellow in the Society of Scholars at the Simpson Center for the Humanities this academic year. I look forward to engaging with the other fellows’ research, to sharing my own work-in-progress, and to dedicating more time and energy to my book project, Empty Nurseries, Queer Occupants: Reproduction and the Future in Henrik Ibsen’s Late Plays. I am equally thrilled to begin working with our new colleagues, including Assistant Professor, Amanda Doxtater, with whom I’ve already had a few lovely summer meetings. This will be the first year in my term as President of the Ibsen Society of America. I also look forward to joining the Modern Language Association's Nordic forum in NYC, and to presenting at Scandinavian Studies and Comparative Literature association conferences, both of which are taking place 'locally,' or the west coat (in LA) this year. During spring quarter, I get to teach Masterpieces of Scandinavian Literature for the first time, which poses the happy problem of choosing which masterpieces to assign. Finally, I simply look forward to another year -- already my third at UW! -- with students, friends, and supporters of the Department of Scandinavian Studies.

The next year is full of excitement for the department, and for me. It includes four centennials: Finland’s in 2017, and Estonia, Latvia and Lithuania’s in 2018. Celebrating these centennials will help our students, and us, reflect on and understand better the history and culture that ar the foundation for our department. I am also looking forward to being joined by new faculty, our new assistant professor of Swedish, Dr. Amanda Doxtater, our new Finnish Lecturer, Hanna-Ilona Härmävaara, and our new Latvian Lecturer, Aiga Veckalne. I am looking forward to working on two books, a book called the The Story of School, about children, parents and schools in Nordic film and literature, and a second on Scandinavian crime fiction. I will do some of the work in spring 2018, when I will be on leave.

In 2017-2018 I am looking forward to celebrating the 100-year anniversaries of independent Finland, Lithuania, Estonia, and Latvia. We'll be collaborating with choirs and musicians on campus as well as in the off-campus communities here in Seattle to make this a musically memorable year! Continuing my research about Baltic song traditions, in July 2018 I'm planning fieldwork at the national song festivals of Latvia and Lithuania. And between now and then, an exciting year of teaching classes about folklore, Baltic culture and Baltic history.

I am excited about seeing a recent project Nordic War Stories- The Second World War as Fiction, Film, and History, an edited collection of essays contributed by twenty international scholars and PhD candidates, come together as a volume in the spring quarter 2018. Also, I am excited about delivering an invited keynote at the international H.C. Andersen conference to be held in Odense in early December 2017, a meeting which also initiates a three-year project as member of the advisory editorial committee for a new translation of Tales and Stories by Princeton University Press. Another scholarly project in the pipeline is the annotated, critical edition of Karen Blixen’s Essays and Shadows on the Grass, which includes my lengthy commentary; DSL (Danish Society of Language and Literature) will begin the production of this volume in 2018 -- I am very excited to see it! I will continue my service to ASF (American Scandinavian Foundation, grants and fellowships) and role as DANA president (Danish Academic Network in America) and participate in the MLA and SASS conferences. Not least, I am looking forward to teaching, meeting my new students, and serving as departmental Graduate Program Coordinator again. It is going to be a busy year!